For the longest time the majority of web designers and developers were using either Photoshop and to a lesser extent Illustrator to create a sites design and the exporting the design assets for conversion into the web standard HTML/CSS/JavaScript. This process of porting from Photoshop/Illustrator ruled for so long not because it was incredibly effective, efficient and pleasurable but because there was nothing better. 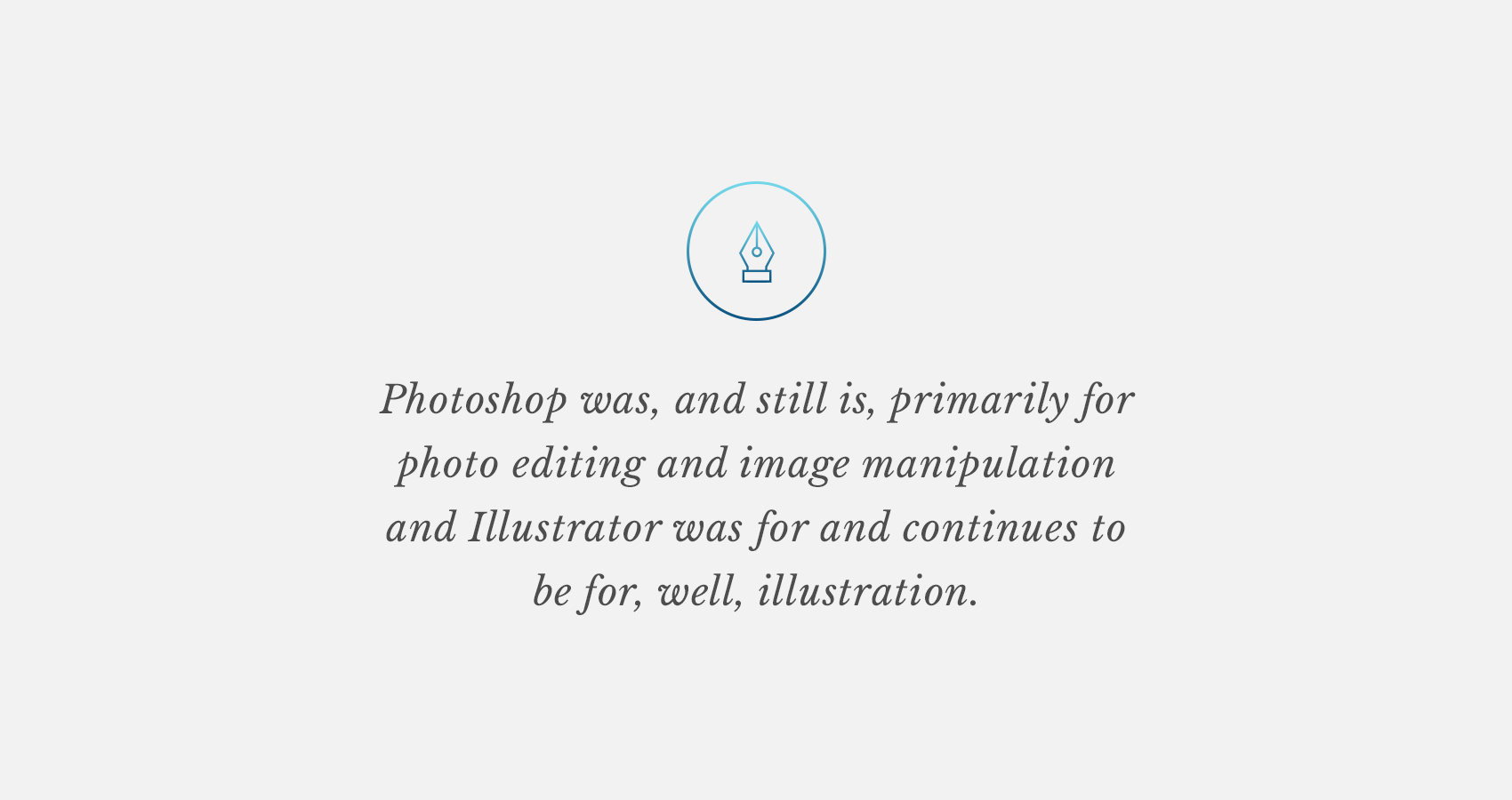 Neither pieces of software (Photoshop or Illustrator) were created or updated with the web/UX/UI designer in mind; Photoshop was, and still is, primarily for photo editing and image manipulation and Illustrator was for and continues to be for, well, illustration. But due to the sheer power of these two tools designers were able to hack around their inherent limitations and natural unsuitability to their needs to get done what they needed to. Bending them to their will, so to speak. This went on for long enough that Photoshop/Illustrator to HTML/CSS/JavaScript became the “industry standard” way of doing things in many design circles. That is until Bohemian Sketch came onto the scene. 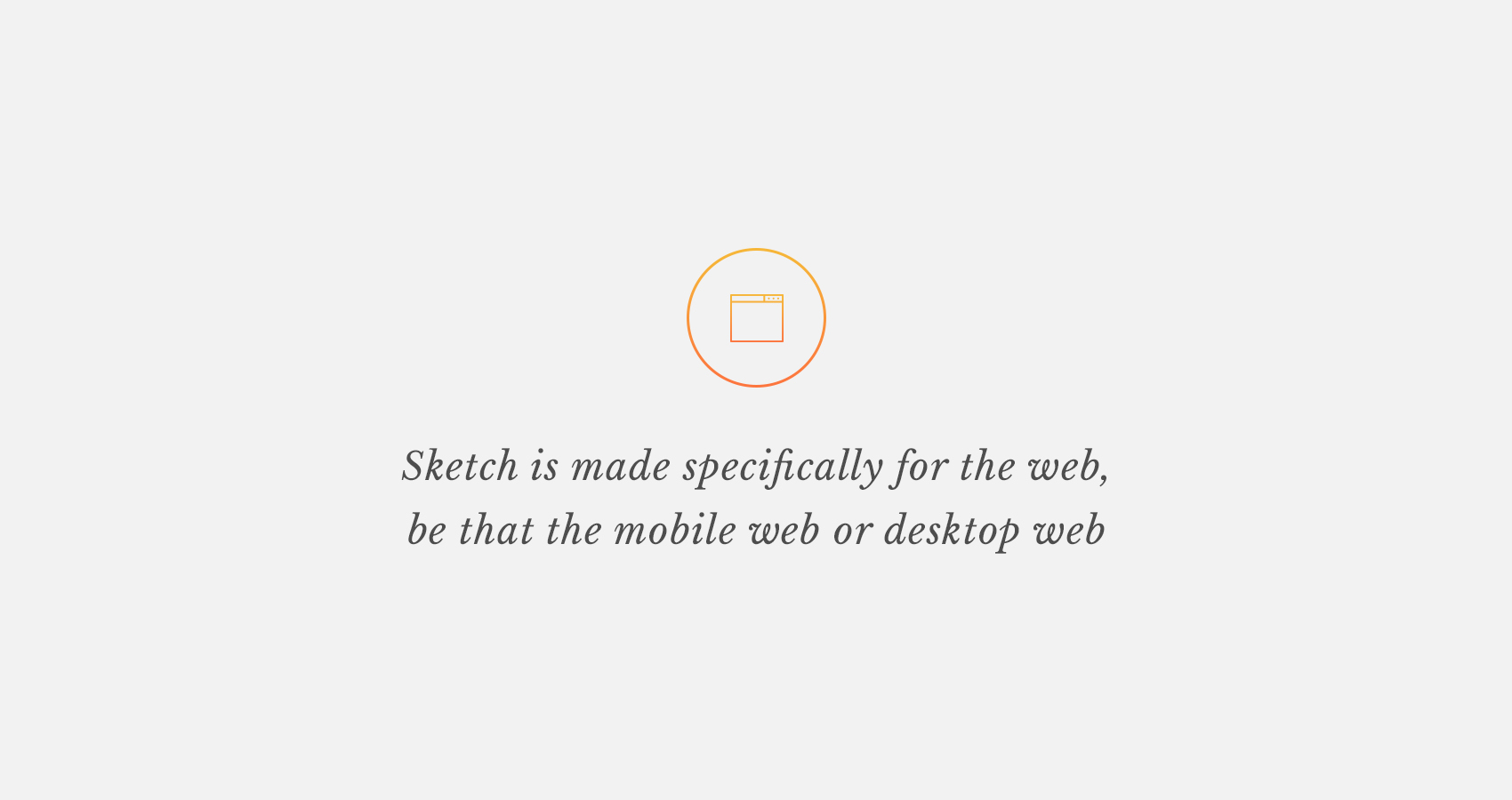 Sketch is made specifically for the web (be that the mobile web or desktop web) and its entire feature set is geared around making things as effective, efficient and pleasurable for the web/UX/UI designer – so pretty much the opposite to Photoshop and Illustrator.

Sketch allows for incredibly intuitive and effortless exporting of design assets for web, something that was a painful process in Photoshop. It offers design elements (shadows, borders, gradients) that are close to, and achievable in native code. It has a grid system that actually works and is completely geared to web/app design, not print design. It lets you control visual elements with numbers – the way a front end developer often does. It lets you create banks of frequently used design elements (buttons, tabs, icons) that you can insert into the workspace in a single click. It lets you export HTML and CSS right from inside the app. It lets you mirror your designs across multiple devices (smartphone, tablet, PC) for effortless testing.

I could go on and on, but you get the idea. Sketch is made for web/UX/UI design and puts these types of designers at the centre, tailoring everything to them. So it’s no surprise that Sketch has been taken up by what seems like a large proportion of web/UX/UI designers. Whether these are the vocal minority or actually represent a wholesale move away from Photoshop/Illustrator remains to be seen. 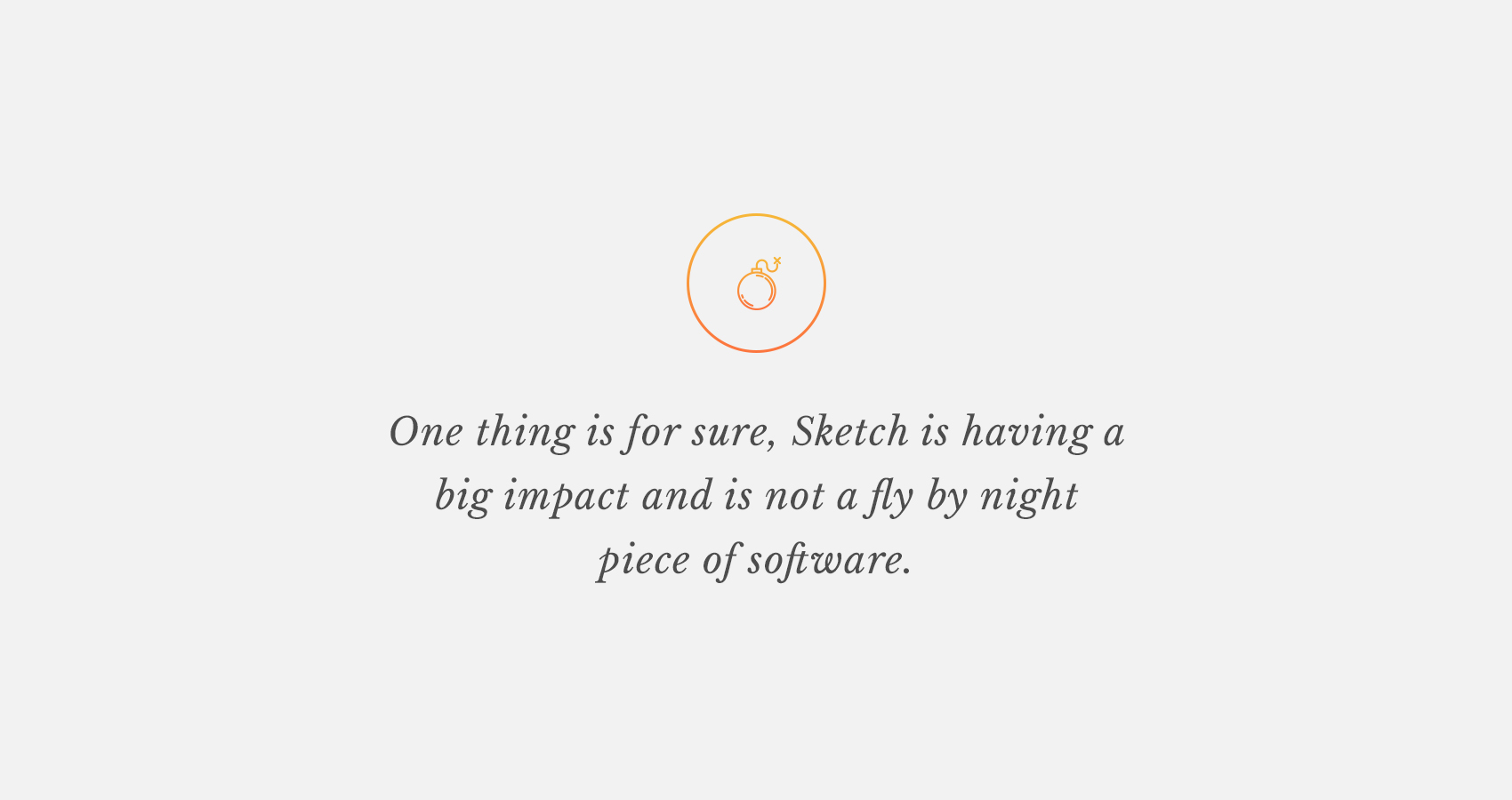 One thing is for sure, Sketch is having a big impact and is not a fly by night piece of software. Evidence of this can be seen from the number of design job descriptions that mention Sketch, the detailed conversations about Sketch going down daily in prominent design blogs/forums, the sheer number of sites and resources already dedicated to Sketch as well as the number of independent designers who have written favourably about Sketch.

UI designer, Sarah Parmenter says “I was a Photoshop advocate for my entire working life until Sketch came along, and within a week, I was a total convert”. These sentiments are echoed by UX/UI designer, Meng To who switched to Sketch after 12 years of using Photoshop and UX/UI/front end designer Klare Frank. There are many more examples online of well-known designers making the switch. 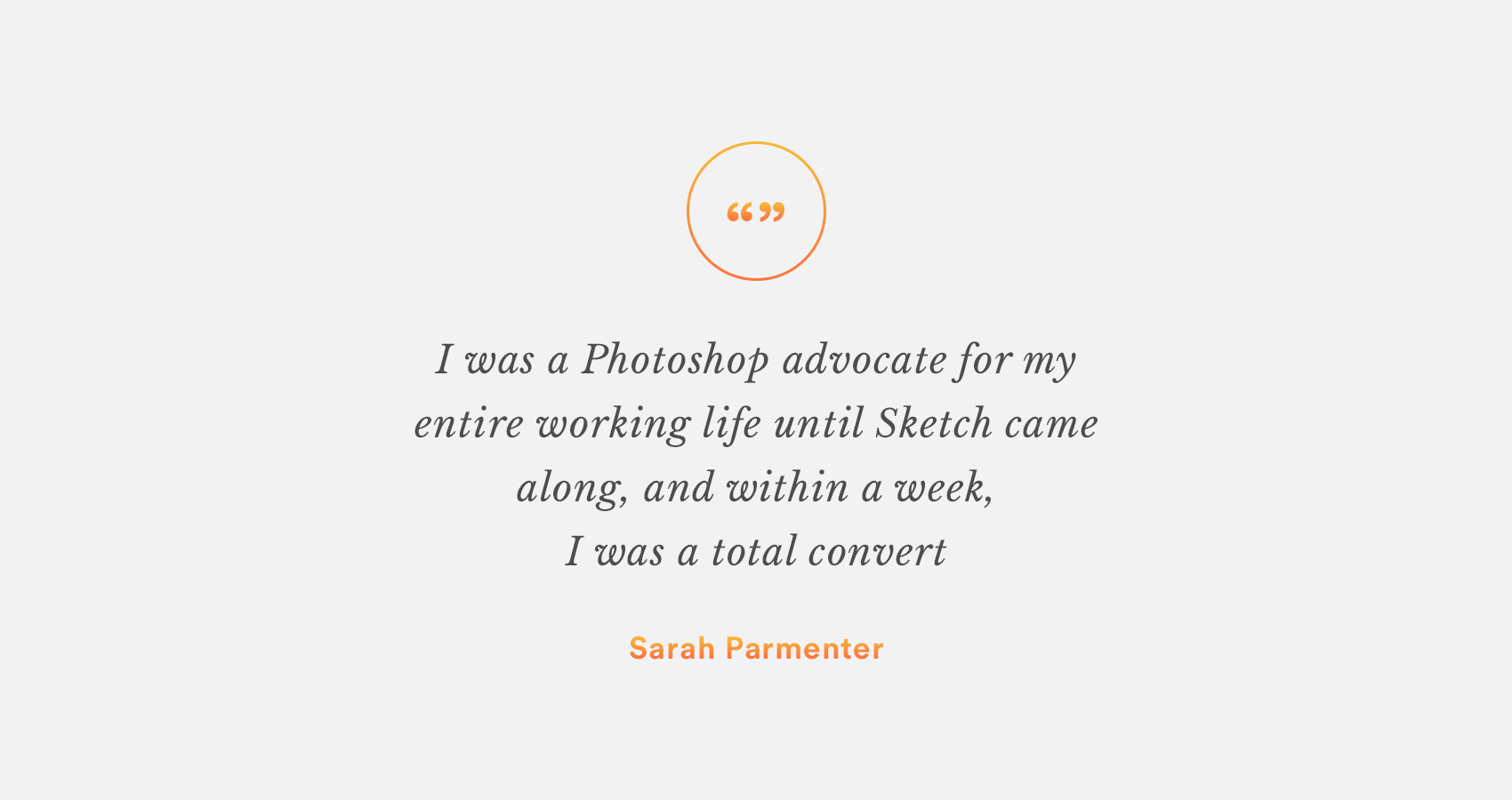 However, due the fact that Photoshop/Illustrator has been used for web/app/UX/UI design for so long it has become very familiar with not just designers but also their clients. Further, Sketch has really woken Adobe up and they are now focusing more on web/UX/UI designers than ever before with a number of additions to the newest version of Photoshop – such as a revamped design assets export feature – that bring it a step closer to measuring up to Sketch. Not to mention their other initiatives such as Adobe Muse, Edge Animate and Project Comet which is squarely aimed at web/app/UX/UI designers. 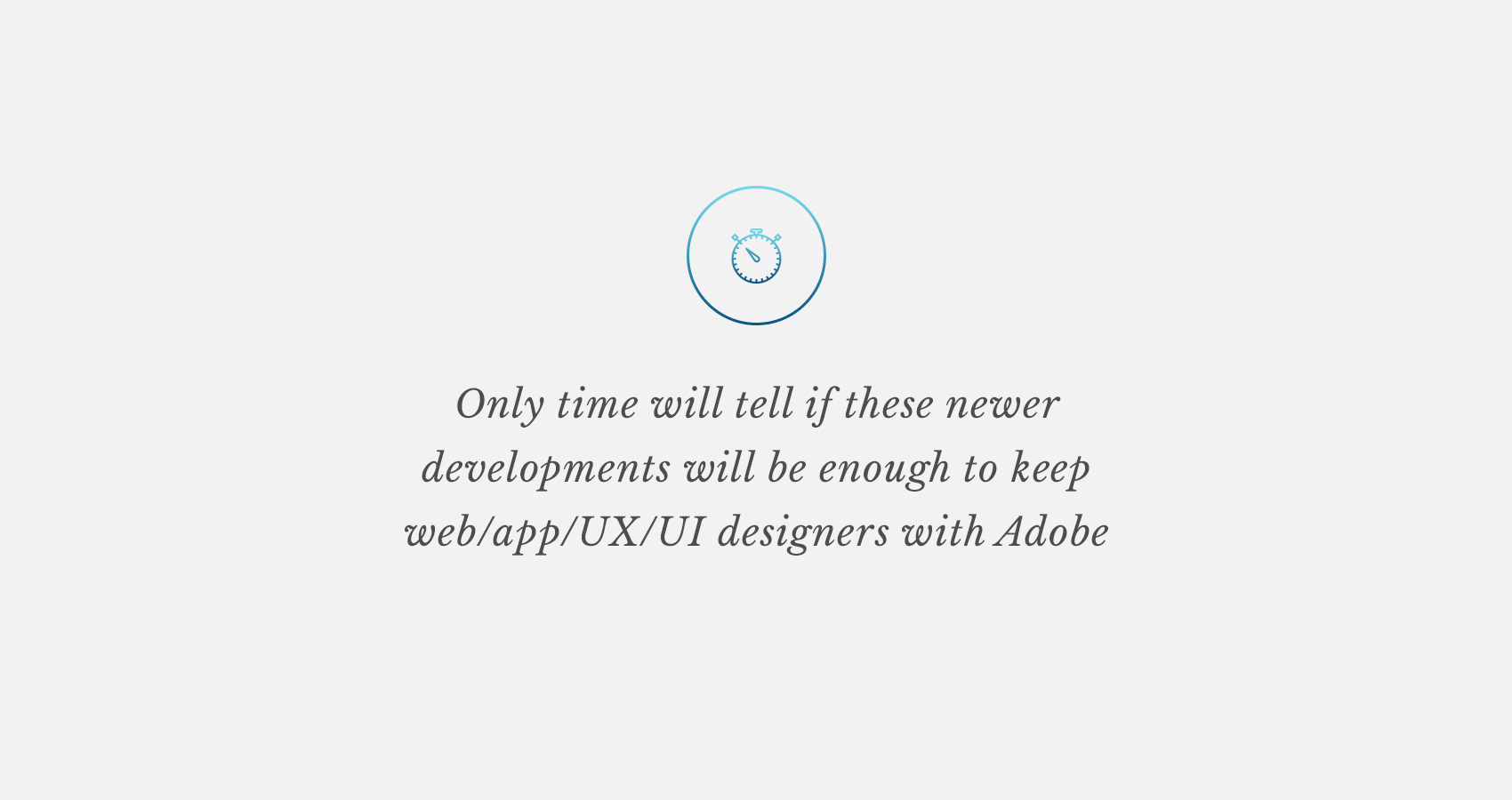 Only time will tell if these newer developments will be enough to keep web/app/UX/UI designers with Adobe, whether Sketch will win out and become the industry standard for this market, or in fact if there is room for them both to co-exist in a segment of the market that is continuing to grow whilst others stagnate and decline.

Springboard Supplies: A Fresh New Brand Identity & Shopify Store
The best 404 page designs
Why we prefer to use Figma instead of Sketch
50 Best Free Fonts for Designers in 2022
11 year reflection - 2021 Review, and what to expect in 2022
What is Webflow?
← →
Follow Us On Social Media